Make An Appointment & Find Out More

Cognitive Behavioural Therapy CBT is a type of psychotherapy which aims to resolve problems of the patient by identifying and changing unhelpful patterns of thinking, feelings and behaviour.

The main idea is that our problems can be broken down into different parts and each of these parts can be worked with therapeutically to bring about a positive change in certain situations.

Rather than just talking about problems, CBT is a very active and skill based type of therapy. By the end of treatment, you will have a set of new skills and techniques which you can continue to use in future should the problem ever arise again. Essentially, you are given the tools to become your own therapist!

CBT has been shown to be an effective type of treatment for a wide range of different problems including : –

How Does CBT Work?

The “C” in CBT, the “Cognitive” bit, refers to anything that happens in our minds. This includes things like specific thoughts and memories and also processes like worry, rumination and attention. The “B”, Behavioural, bit relates to anything which we do in response to, or within the context of, an event which leads to a specific outcome. We are also interested in the emotions that occur in the problem, the changes that occur in our body and the situations which may trigger the problem.

Once we have broken down a problem into thoughts, emotions, behaviours and physical changes, then we are able to tailor specific techniques (sometimes also called interventions) to fix each part of the problem. The idea being that, by fixing one area, this will have a positive impact upon the other areas of the problem.

This diagram shows us just one of the ways that CBT breaks down a problem into parts and how they are linked together. This is called a 5 areas formulation, sometimes also called a descriptive formulation.

Since it was first developed, the actual “treatments” that make up CBT have expanded significantly. Generally, however, CBT can be summed up as a “here and now” therapy, in that we don’t necessarily believe that the answers to our problems lie in the past, but rather they are solved by changing the things that we think and do in the present day.

What Does CBT Involve?

CBT is a very active type of therapy. You will typically see your therapist on a weekly session or appointment but you will both agree on a treatment exercise for you to carry out between sessions. This could be in the form of a symptom monitoring diary, or a new activity or some form of behavioural experiment or another exercise. People who actively carry out these between session tasks tend to recover faster and with less chance of relapse.

Also CBT is a collaborative type of therapy. This means that the problem is shared between you and the therapist. They are not going to say that they can “fix” you – instead you will develop an equal partnership with your therapist to tackle your problem. They will bring their skill set as a Cognitive Behavioural Therapist, and you will bring yourself, your experiences and your desire to change in you or your relationships.

Cognitive Behaviour Therapy in Liverpool: As CBT has developed over the years, it has been tested against many different types of problems and diagnoses and has been found to be an effective treatment for many of them. As such, CBT is often referred to as an evidence based therapy, and you will be using CBT approaches that have been specifically developed for many of these specific problems. Free free to contact us for appointments and sessions.

More and more, depression is beginning to be understood in a much broader sense than simply being a disorder of the brain and more of a condition that involves a combination of biological, psychological, social and cultural factors.

l: We all experience a degree of anxiety or worry at some point in our lives – It’s part of being human. But what about those times when the anxiety seems to never leave us? Or when we just can’t seem to put the worry out of our head? 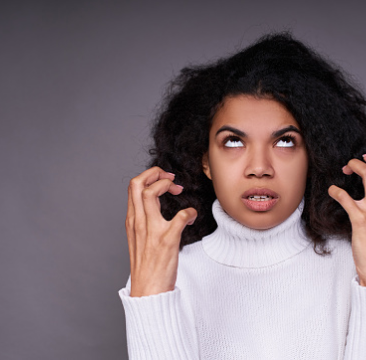 Anger, like sadness, fear and disgust is an emotion and is hardwired into each of us through many, many years of evolution and, believe it or not, can serve a positive purpose.

Post-Traumatic stress disorder is a clinical term for a specific set of symptoms which can develop following a traumatic life event. CBT has a well-developed body of evidence to support its effectiveness in treating PTSD.

When Panic attacks become a frequent event in our lives and they lead to us waiting for them to happen or having a negative impact on how we live our lives and our mental health, then we may be experiencing Panic Disorder.

We can also help with:

We offer professional online therapy via an appointment-based system to deal with a number of mental health issues and negative patterns. Our cognitive behavioural therapists are here to help you through your mental health journey. Once booked in we will set up a secure video link.

With one off or regular online therapy sessions a person can engage with their current problems and deal with their negative thoughts or difficulties with life experiences.

Free free to contact us and a professional CBT therapist will get in contact with you to book an appointment.

CBT for emotion regulation typically consists of four different sets of treatment. Some adults only require one or two, while others need all four. CBT for emotional management emphasizes mindfulness. It teaches individuals to recognize their emotions before they get out of hand, allowing them to better manage or control them.

Can a CBT therapists improve my negative thoughts?

Cognitive behavioral therapy (CBT) entails the use of cognitive restructuring as one of its fundamental components. This approach enables you to identify and alter negative ideas or feelings into more helpful and adaptive responses.

How is CBT different from traditional counselling?

CBT and counselling are both used to help individuals who are struggling in life with anxiety or depression. They’re also types of talking therapy that can be utilized for the express purpose of assisting clients in a very short amount of time.

While CBT therapists and clients collaborate to modify a client’s conduct or thought patterns, Th other is more non-directive and strives to help the client better understand themselves and discover their own solutions to problems & pain by focus, listening, empathy, encouragement, and challenge.

It’s hard to say who will benefit more from the two approaches: maybe one or both would assist someone at different points of their life.

Access CBT is an organisation based in Liverpool but helps people all over the world with online therapy and CBT therapist resources. We work with people with all types of physical health problems and mental health difficulties. We offer professional strategies and services to improve mental well-being for short term goals and long term support.

We have expertise in CBT but also many other disciplines such as EMDR and ACT.

Feel free to contact us today to talk about appointments & sessions

Other Therapies in Liverpool

EMDR (Eye Movement Desensitisation and Reprocessing) in Liverpool, is a specialist type of psychotherapy that has been shown in clinical trials to be an effective treatment for Post-traumatic Stress Disorder and other trauma-related life problems.

Acceptance and Commitment Therapy (ACT) in Liverpool- Acceptance and commitment therapy (ACT) is a “Third Wave” form of Cognitive Behavioural Therapy and is the perfect alternative for people who have tried more traditional CBT (perhaps through an IAPT service) and have not achieved the desired results in their life.

If you want to discuss more about appointments or our service for CBT, EMDR or ACT feel free to contact us today.

This website uses cookies to improve your experience while you navigate through the website. Out of these, the cookies that are categorised as necessary are stored on your browser as they are essential for the working of basic functionalities of the website. We also use third-party cookies that help us analyse and understand how you use this website. These cookies will be stored in your browser only with your consent. You also have the option to opt-out of these cookies. But opting out of some of these cookies may affect your browsing experience.
Necessary Always Enabled
Necessary cookies are absolutely essential for the website to function properly. These cookies ensure basic functionalities and security features of the website, anonymously.
Functional
Functional cookies help to perform certain functionalities like sharing the content of the website on social media platforms, collect feedbacks, and other third-party features.
Performance
Performance cookies are used to understand and analyze the key performance indexes of the website which helps in delivering a better user experience for the visitors.
Analytics
Analytical cookies are used to understand how visitors interact with the website. These cookies help provide information on metrics the number of visitors, bounce rate, traffic source, etc.
Advertisement
Advertisement cookies are used to provide visitors with relevant ads and marketing campaigns. These cookies track visitors across websites and collect information to provide customized ads.
Others
Other uncategorized cookies are those that are being analyzed and have not been classified into a category as yet.
SAVE & ACCEPT
Powered by